Earlier this week we got back home from our family vacation which was a 7 Night Eastern Caribbean Cruise with Disney Cruise Line. It was our fourth cruise with Disney, but our first with a child. Since we had already sailed the Eastern Caribbean 2 years ago, just before moving to Los Angeles, we took this cruise easy with no real plans or excursions. Gideon, at 11 months, still likes to get 2 naps a day so that also helped us take things easy and just relax. Keep reading below for some pictures and more details about our vacation. All of the photos were shot with my Canon 5D2 unless otherwise noted.

We usually book a category 12 guaranteed stateroom each time we cruise which has no windows or veranda. This time we were given a free upgrade to a category 9 which has a porthole window. 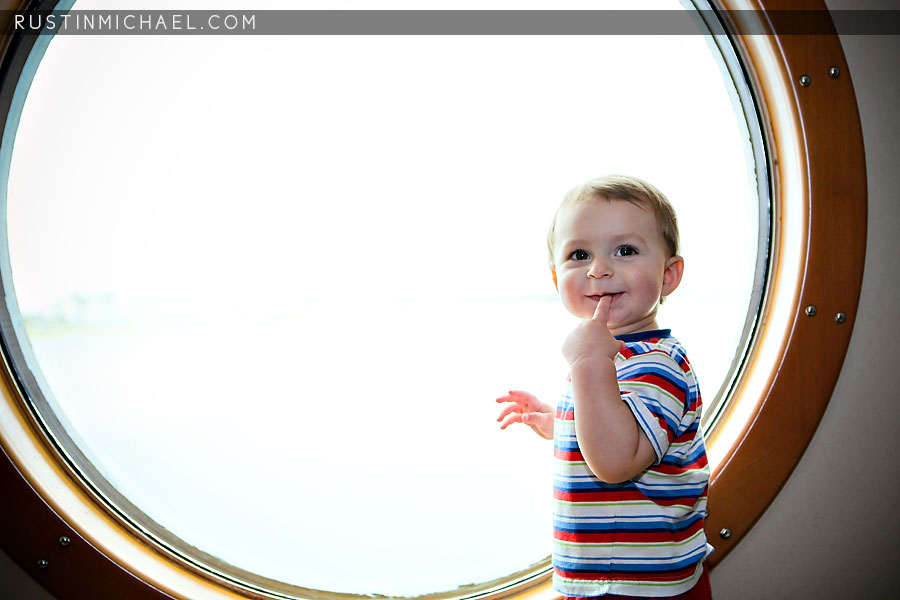 Victoria and Gideon at the sail-away party. 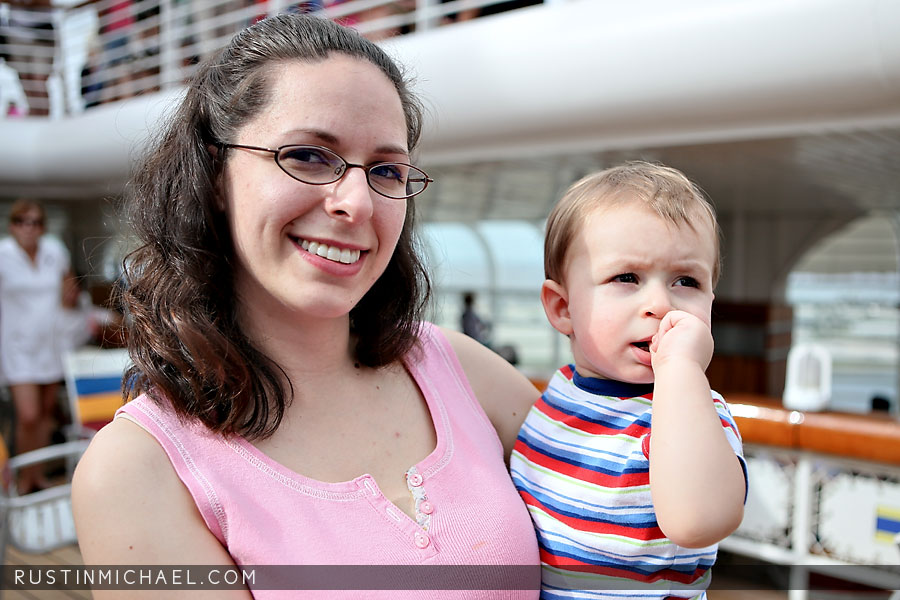 Gideon loved walking around on the top deck. The wind was so strong that it blew him over a couple of times.

They had a great play area for toddlers by the kids pool. Gideon had fun playing with the fountains that would randomly go on and off.

Pirates of the Caribbean night. After the deck party they have huge buffet. We had just finished dinner about an hour ago but still had to get a turkey leg for all of us to share. Victoria and I enjoyed a few bites but I don’t think Gideon liked it as much.

Some shots with the characters.

Victoria grabbed this shot with our Canon SD750 P&S.

We rented bikes for an hours on Disney’s private island, Castaway Cay.

The Disney Magic from the beach at Castaway Cay show with our point and shoot.

I did get to go to a Martini tasting while Gideon was napping one day. Victoria went to one later in the week as I watched Gideon. We also tried a Martini flight offering 5 different tastings. So all in all I tasted 9 different Martinis while on the cruise.

Just one of the fun towel animals waiting for us each night when we came back to our stateroom for bed.

I love that the sports bar onboard has Yuengling on tap. It is really hard to come by out here in CA. I made sure to have a few pints throughout the week.

I walked around the last night of the cruise and grabbed a few shots of the ship. Here are 2 from the main lobby/atrium area on deck 3.

One from the entrance to the Walt Disney Theater on Deck 4 where they put on amazing award winning Broadway like shows.

All in all it was a great trip. Along with Castaway Cay we stopped at St. Thomas & Tortola. We just had a blast relaxing, eating way too much, enjoying some great shows, and resting. I also managed to run 16 miles while on the cruise and get some good lifting workouts in. We are so excited that Disney is bringing the Wonder, the Magic’s sister ship, out to CA in just 15 months. Starting January 2011 it the Wonder will be doing 7 night Mexican Riviera cruises. Hopefully we can do one of those with some family and friends in 2011.

So which was your favorite martini?

Looks nice! Next time we will have to join you!