After returning from lunch at my favorite sandwich shop, Mendocino Farms, we put Gideon down for his nap. About 15 minutes later Victoria’s water broke and she immediately started having contractions. We quickly called our midwife, Mary Lou O’Brien, and gave her a status update and told her we will call her when we think we need her. About 10 minutes later, after 3 very strong contractions, Victoria had me call Mary Lou back and say “HURRY!”

We all knew labor would be fast since Victoria was already 5-6cm dialated at her checkup on Thursday. We joked that maybe we can even get this whole thing done during Gideon’s naptime. Mary Lou and her assistant, Elena Vogel, arrived very quickly after our call, just before 3pm. Esther joined us at 3:45pm after a total of 90 minutes of labor. I am so proud of Victoria and how she was determined to labor and deliver completely drug free and naturally for a second time and she accomplished that. You can read about Gideon’s birth on my old blog.

Here are a few shots and some video I grabbed with my Canon 5D2 when I had a chance.

Welcome to the world baby Esther! 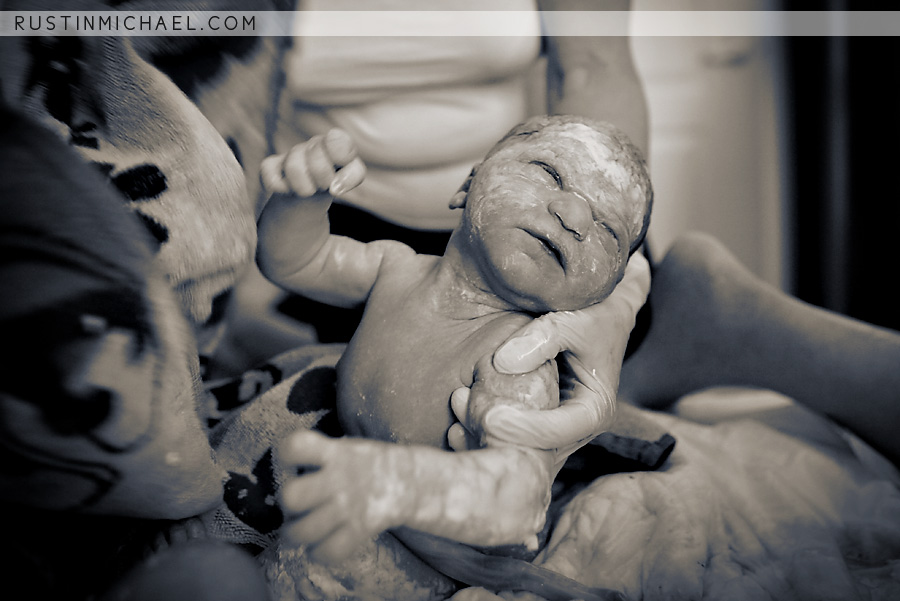 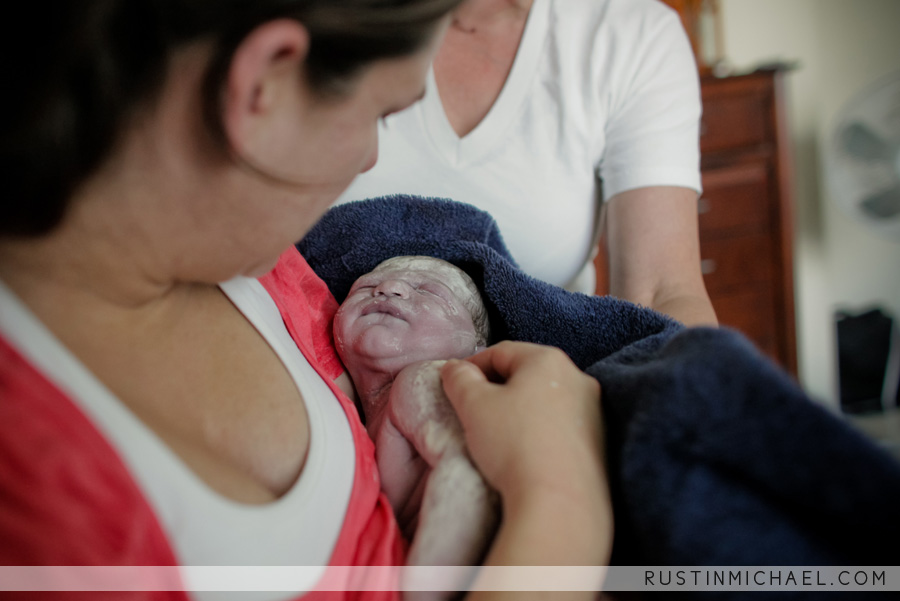 She didn’t open her eyes that much for us 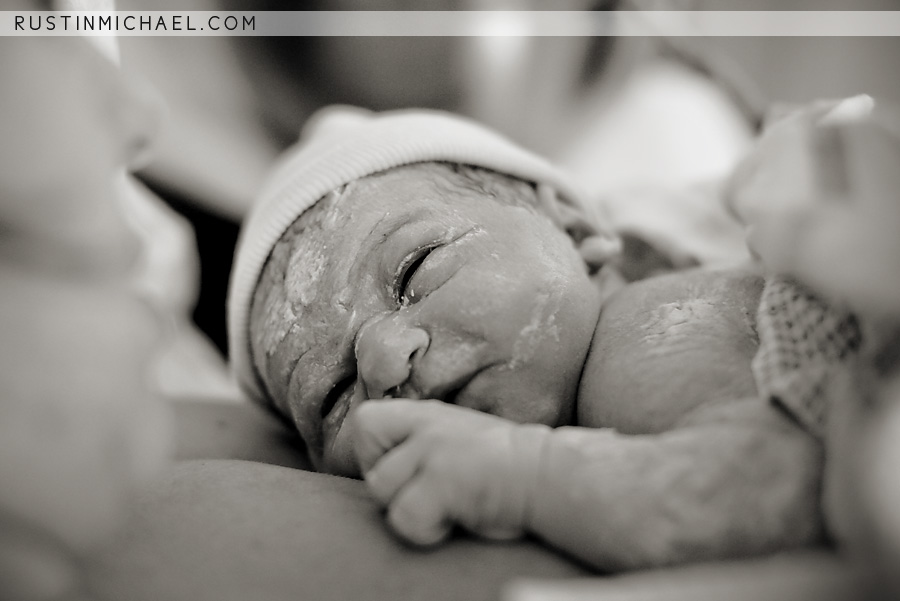 getting checked out by the midwife

Gideon checking out his new sister

A bottle of Pink champange to celebrate our little girl!

A little video I put together using the few clips I shot today. You can also see the video on YouTube

[…] was a few days late with Gideon, Esther, & Tabitha, although her body had always threatened to kick them out earlier.  Again, with […]

[…] birth was much different than our two previous experiences with Gideon & Esther. Our previous birth experiences have been pretty fast and labor started soon after Victoria’s […]

Hi Diane! How fun that there is another Esther Jubilee!
Esther is the name that Rustin picked from my short list of old testament girls names that I liked. After she was born we learned that we both have a great great Aunt Esther in our respective family trees.
Jubilee is from the Year of Jubilee – the Hebrew tradition of cancelling all debts every 50th year. We believe that Jesus is the incarnation of the year of Jubilee. He has cancelled our debts! Rustin picked Jubilee from my short list of spiritually meaningful middle names after Esther was born. I think he liked it because there is an X-man character with the same name!! 🙂

Hi. First, congratulations on your daughter!!! Second, I am delighted and curious about her name!! My daughter has the me name. I thought it was one of a kind. I was praying during my pregnancy in 2007 and I had a correct conviction that my baby would be a girl and would be a strong woman in our family. I had the name Esther for her, and I needed a name that meant joy but that emphasized great joy more uniquely. In my time of prayer it came to me that I could name her Esther-Jubilee, and when she was born on April 5, 2007, that was what I did. God bless you with a daughter with the same unique name. Please tell me your story, too. We live in Vancouver, Canada.

wow, i totally missed all this. a huge congratulations to you and victoria! a beautiful baby girl, how fun!

She’s beautiful Rustin! So happy for you!!!

Congrats! She is beautiful.

What an amazing blessing little Esther Jubilee is! No doubt the Angels in Heaven are rejoicing! Thank you for sharing your joyous event. I just love the photo of young Master Gideon watching over his baby sister! All the best to you and Victoria!

All the best Baby Esther and family!

[…] This post was mentioned on Twitter by rustinmichael, rustinmichael. rustinmichael said: guess what we did today during Gideon's naptime…. We had a baby!! Read Esther's birth story on my blog http://bit.ly/bUkQbc […]

Bless you all! She is a wonder! Thank you for sharing her with us all.