This past Sunday I had a blast spending several hours with one of my new favorite couples shooting their engagement session on the Paramount Studios Lot!

When I first met with Dylan and Christine and they told me their plans to hopefully shoot their engagement session on the Paramount Lot, I knew they were the perfect match for me. Dylan and Christine met while working for CBS. Although they aren’t working on the lot that often anymore they were able to use their connections to line up the shoot. Typically my engagement shoots with my couples last about 2 hours but Dylan, Christine & I were having so much fun and had a great location we ended up shooting and hanging out for 4 hours! I am very thankful for my assistant Natalie Fong for being on the ball the whole evening!

We started their session at Dylan’s house. The house is located about a block south of the main gate for Paramount Studios. Dylan and Christine are huge San Diego Chargers fans, and so is their dog Cappuccino, so we started out the day getting shots of them all enjoying some football. 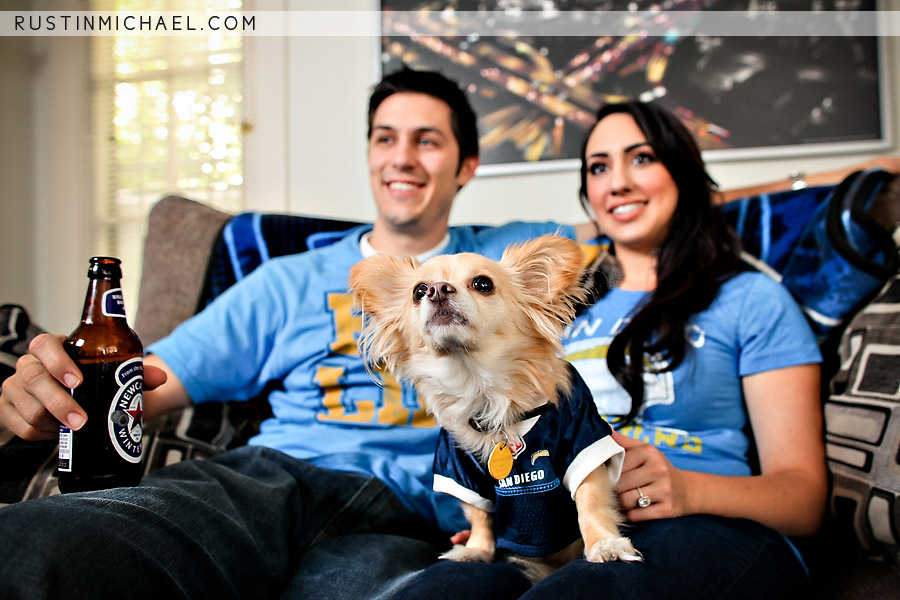 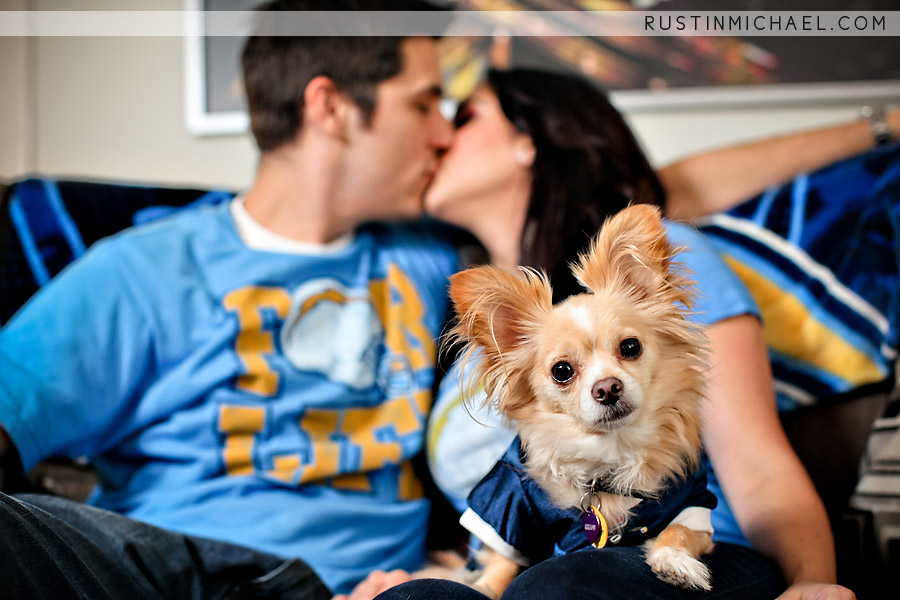 After some shots indoors we headed outside for a few shots. Christine is so cool for letting Dylan wear his Call of Duty: Modern Warfare 3 shirt! I wish I had time to play video games still. 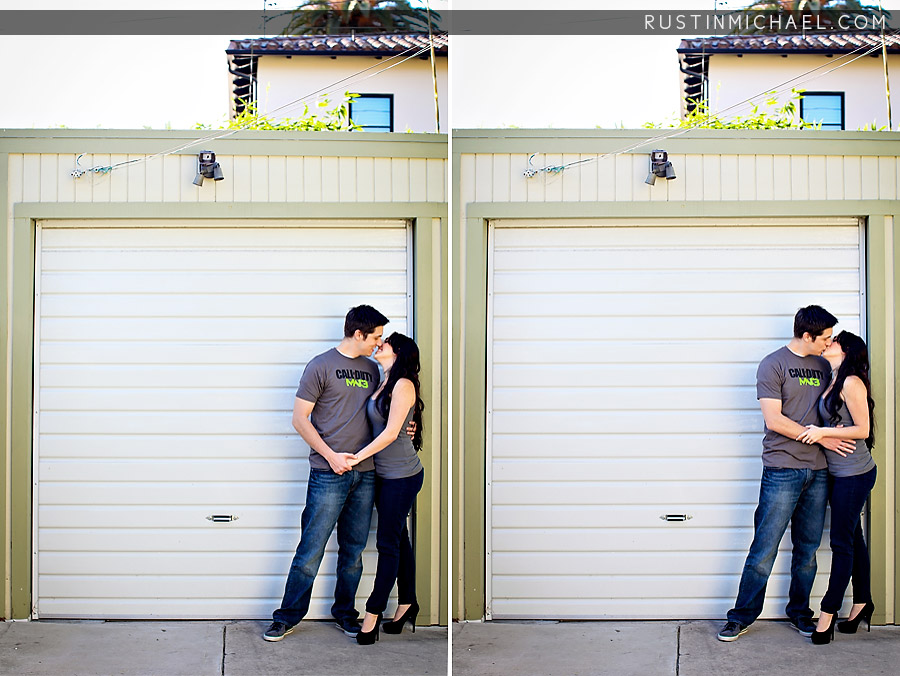 After a quick wardrobe change we headed over to New York Street on the Paramount Lot. Here are some of my favorites from NY Street.

We also made sure to get a few shots with the iconic Paramount water tower.

Some fun at Washington Square on NY Street.

As we were heading over to the Paramount Theater we saw the offices for Bad Robot. Since we are all big JJ Abrams fans we decided to take a photo there. JJ if you are reading this I would love to come work for you one day.

After it got a little darker we headed back to New York Street for a few more photos. A little Film Noir for the first shot.

They were just getting some Christmas lights set up on the trees at Paramount. Here are the last few photos of the night.

Gideon & Esther at Underwood Family Farms » « Hope in the City: Behind the Seams – Fashion Shoot

[…] so was the light! You might remember Dylan and Christine’s engagement session I posted on my blog late last year. I had so much fun shooting this awesome couple at Paramount Studios last year I […]