Today, 15 weeks after baby Tabitha joined our family, Victoria headed back to work from maternity leave. The past 3 months have been great with the whole family around throughout most days. Now I am responsible for 3 children under the age of 5 each weekday, unless I have a shoot. Over the past 3 months, when I wasn’t busy helping out at home, I have been busy shooting weddings and engagement sessions. Also whenever I would get a little free time I would test out some of my old and new lighting modifiers. Luckily my kids make pretty great test subjects and cooperate a fair amount of the time.

This first shot of Tabitha at 1 week old was really simple. I just bounced a Canon 600EX-RT Speedlite Flash

off our white ceiling. 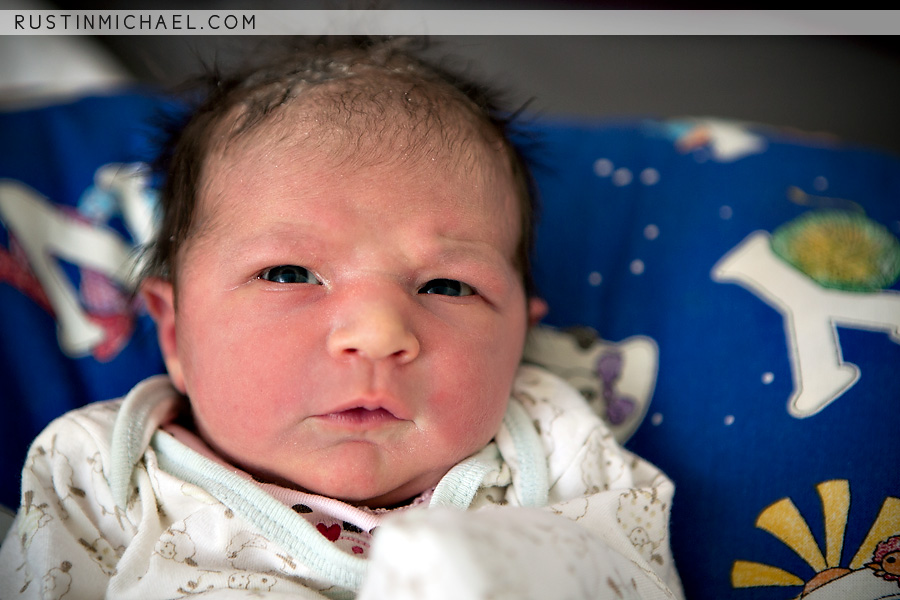 This photo of Gideon was shot while testing out my new Photoflex 60″ convertible umbrella. I used one Canon 600EX-RT

with the umbrella setup as shoot through.

and one Canon 600EX-RT set to light the background white.

for the main light.

with a Canon 600EX-RT for the main light.

Here Gideon and Esther are sitting somewhat still as I setup my lighting for some photos on Mother’s Day. The remaining photos use the same setup of one Canon 600EX-RT into a Westcott 7-Foot White with Black Cover Parabolic Umbrella

I love this photo of Victoria and the kids and plan on getting printed as 20″ x 30″ canvas.