Hope in the City: Wear Your Story – Fashion Shoot

As I promised last week here is a full post for the Hope in the City Fashion Shoot.

On Saturday March 13th I joined an incredible team of artists to shoot this year’s designers for Hope in the City. This year the outfits had to be made out of 85% paper. To accomplish that task the designers used LA Weekly newspapers. There were so many amazing people that made this shoot possible. First I need to thank my friends at Mosaic for providing us a place to shoot. Franson Hall up at the Pasadena campus provided a great location and plenty of space for us to set up a background.

Just like last year I was the photography coordinator for the Hope in the City shoot and show. I had a great team of photographers join me on the 13th, without them none of this would be possible. Make sure you check out their sites using the links below. Many of them were capturing some incredible natural light shots of the models while I was shooting others on the background.

On to the photos! Below are some of my favorites from the shoot. The designer is listed before each photo with a link to their site if possible. 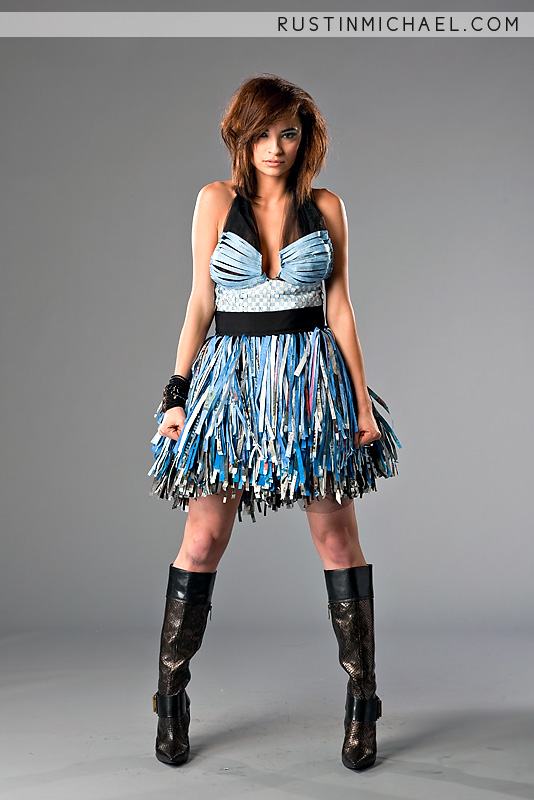 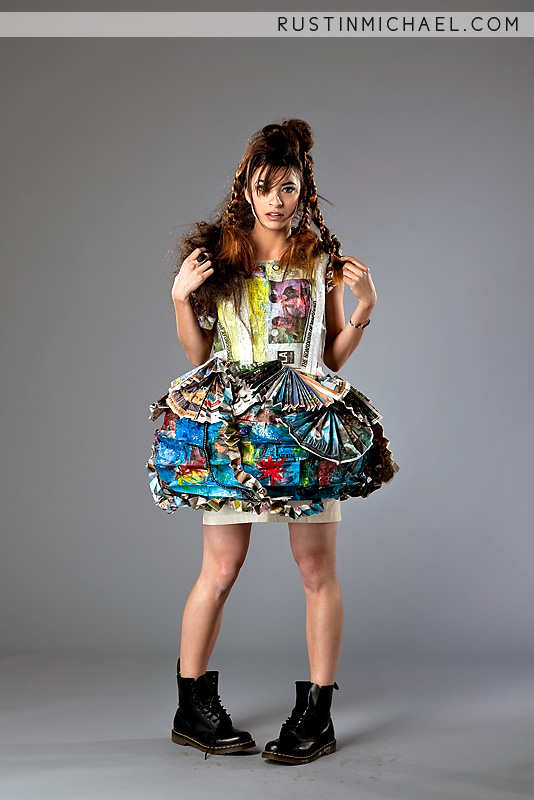 The shoot and show also featured some traditional fabric designs. Here are 2 that I loved by Rey Aquino

One final shot. Jason Sorge shot by my side during the shoot backing me up and getting some amazing images himself. This was a shot I grabbed of him while we were setting up the lights. We used a total of 5 Alien Bee Lights for the shoot.

One last shout out to the models from the shoot.

Stay tuned for another post with images from the runway and some layout from the handout last night!

They look great Rustin! You are an awesome photographer!