WPPI
Wow, what a crazy week! Last week I was in Las Vegas at the WPPI (Wedding and Portrait Photographers International) convention. I made the mistake of getting a total of 9 hours of sleep the final 2 nights at home before heading to Vegas, in order to finish up my new website. I met my goal of launching before WPPI but paid for the lack of sleep the whole time I was in Vegas. I had such a blast hanging out with old friends and meeting new ones. I also spent time learning from some the best photographers in the wedding industry. My friend, Brian Hamilton of Suite M, joined me on the drive to and from Vegas. We had a great time talking about what we were learning, sharing tips, and encouraging one another. I can hardly wait until next year.

168Project
Once I got back from Vegas I had one day to rest to prepare for an all day shoot on Saturday. I joined a group of my friends from Mosaic to film our entry into the 168 Hour Film Project. While I was in Vegas many members of the team were working hard nailing down a script and planning our shoot day. The 168 Hour Film Project is based on a pretty cool idea. Each year a theme is chosen, and Bible verses are given out based on that theme. The theme for this year was family business. The verse that we were given was Genesis 37:3-4

“3 Now Israel loved Joseph more than any of his other sons, because he had been born to him in his old age; and he made a richly ornamented robe for him. 4 When his brothers saw that their father loved him more than any of them, they hated him and could not speak a kind word to him.”

Once we had the verse we had just over a week to nail down a script.  The 168 hours in the name of the festival comes from how long you have to shoot, edit, and deliver a final short film, up to 10 minutes in length, to the judges.  We shot the film on the Canon 5D Mark II bodies, which can shoot at 1080p.  While I was busy filming on Saturday I did take a chance to grab a few behind the scenes stills.  Here are a few of my favorites. 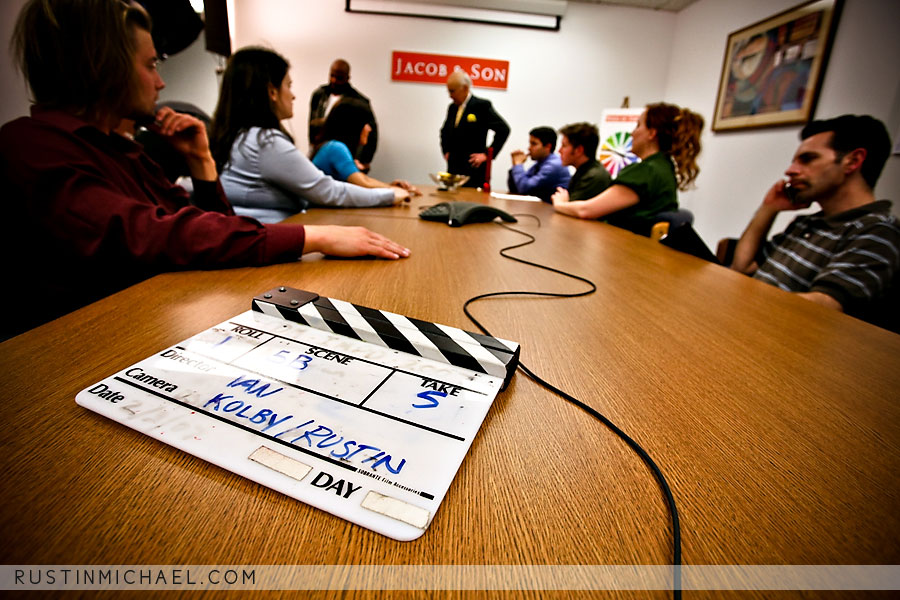 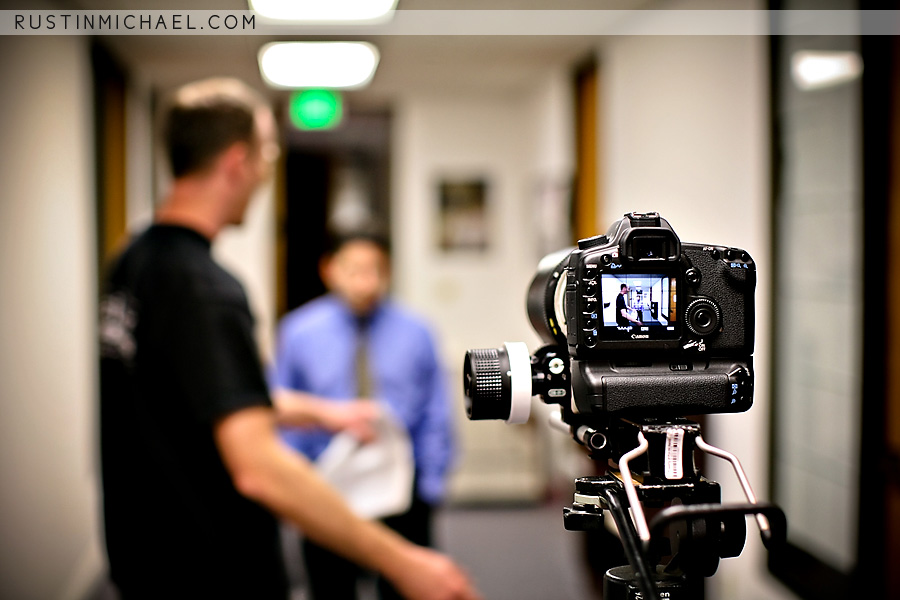 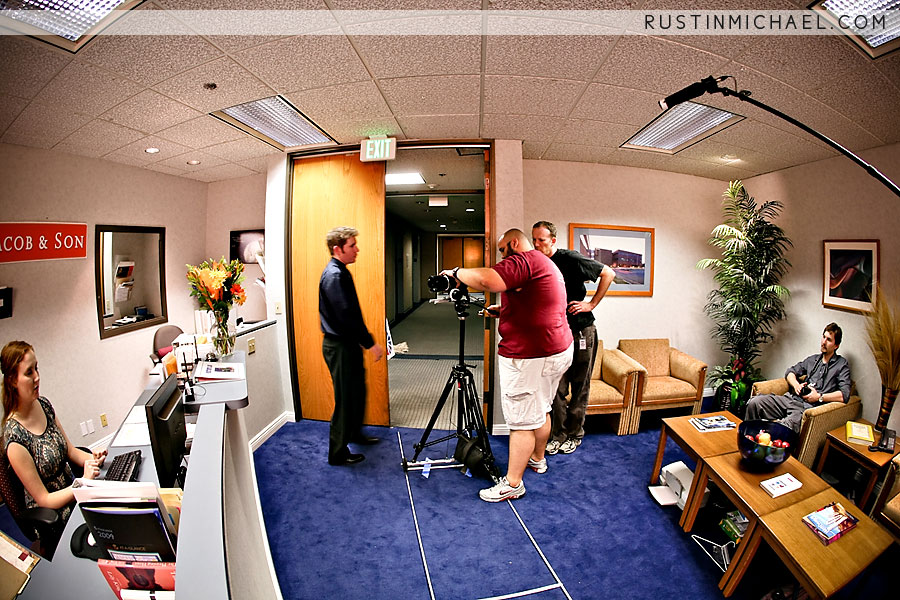 I will post the final film on my blog when it is complete and I have permission.

[…] little over a month ago I blogged about the short film we shot using the, new Canon 5D Mark II camera, for the 168 Project Film […]

Welcome to my new brand!

Welcome to my new blog. You can still find my old blog here. I will not be updating my old blog any longer so please come here for all update. Below you can see my new logo created by Steve McAdam, of Transitional Progress, and two pictures of my awesome new business cards. The story behind my re-branding and new logo will be told in an upcoming post. Don’t forget to check out my new website www.rustinmichael.com.

Thank you for all the nice comments. I hope everyone keeps coming back for updates.

love your new site! and your business cards too!

it was great meeting you at wppi too!

Congrats on the new look!! It looks awsome .. I love your business cards!!

The site and logo both look amazing!

Rustin! Looks great, man, congrats! I’m leaving for Vegas in a few hours. Hope to see you there!