Last weekend I had the pleasure of traveling to Los Angeles / Orange County to photograph Sean & Bianca’s wedding!! This a very special wedding for me as it was the third wedding I have shot for this family. When I was first contacted by Bianca’s mom, Theresa, about shooting this wedding Victoria and I had just recently found out we were expecting baby Judah.  Judah’s arrival was expected  in the middle of October and I was initially sad when I saw Sean and Bianca were planning an October date.  Thankfully the date wasn’t set in stone!  After a few weeks, Theresa once again reached out to me with a new date in November and I immediately said yes!  I am so thankful to once again capture another important event for this fun and close knit family!

There are so many amazing images from Sean & Bianca’s wedding day that I couldn’t post them all here on my blog! Keep reading for some of my favorites! 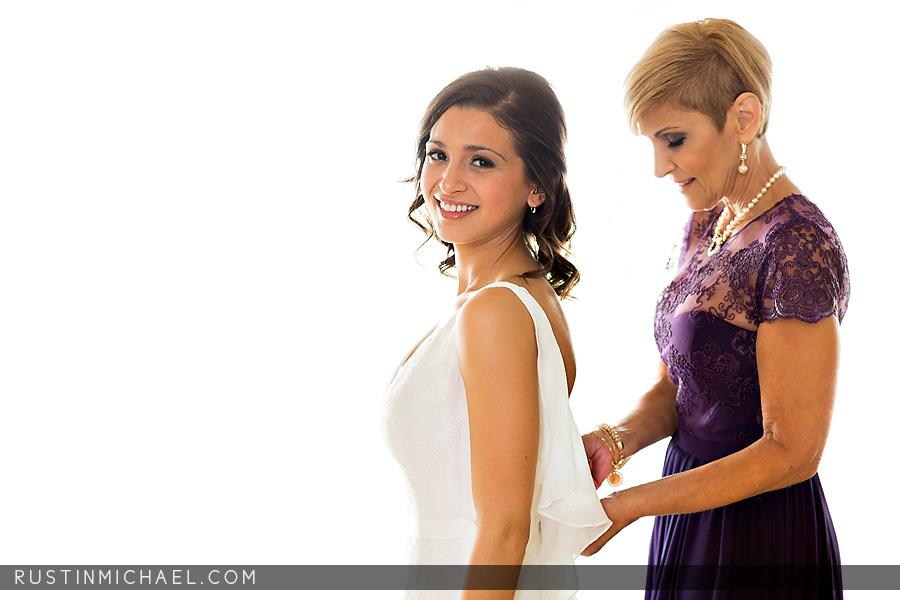 I love this image Natalie captured! 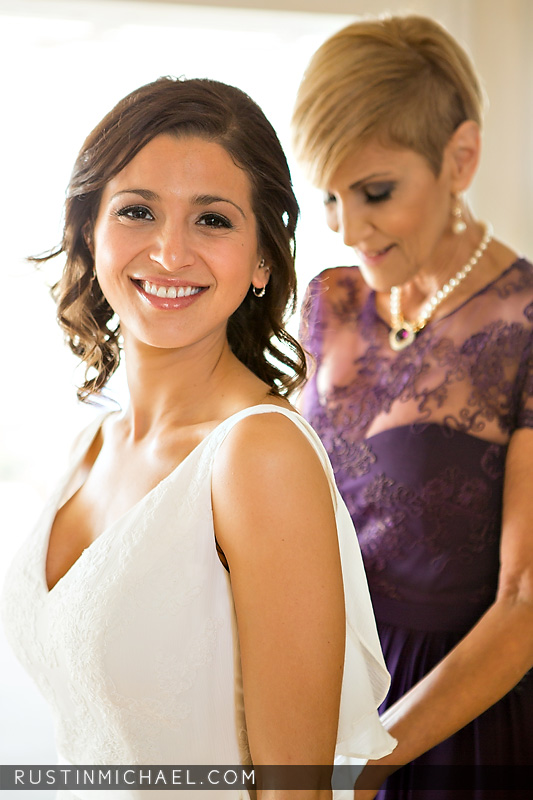 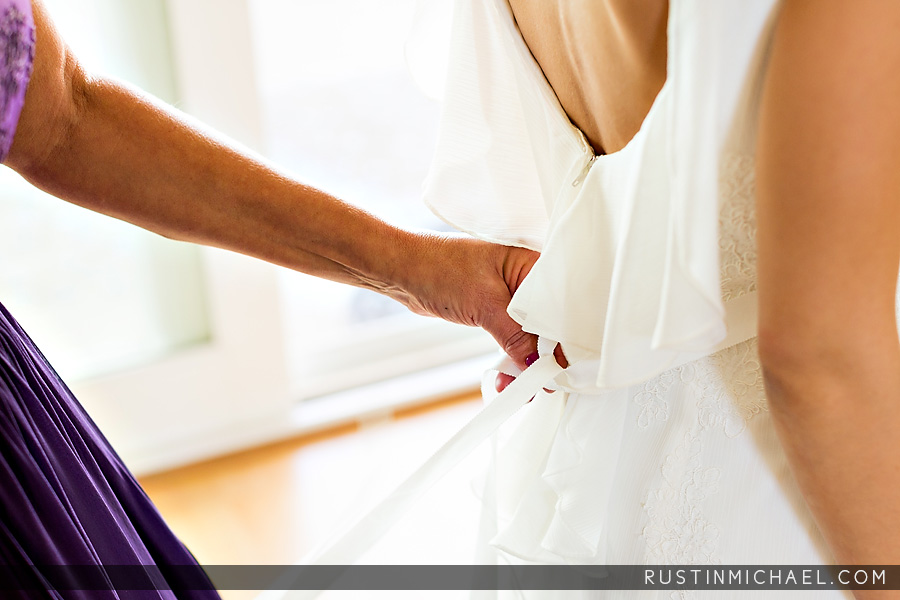 Julia helping with the finishing touches!

Bianca & her dad walking down the aisle

Another great image from Natalie!

Another great photo by Natalie Fong!

Nicole, Bianca, & Julia. The three wonderful brides from this family that I have photographed!

Bianca and her bridesmaids

Sean and his guys

Another gem by Natalie Fong!

Two from the first dance

I love Bianca’s Mom and sisters in the background

A great photo of the father/daughter dance by Natalie!

I love this one I captured during the father/daughter dance.

Before I headed home I pulled Sean & Bianca aside for a couple last photos!

My younger son, Sean, got married in Irvine last weekend to his beautiful bride, Bianca Stamegna. The wedding was beautiful and the reception lively and fun. Sean accidentally stepped on the train of Bianca’s wedding train just before their “first dance”, but her bridesmaids came to the rescue with lots off safety pins. I have never seen Sean so happy, and I LOVE my new daughter-in-law, Bianca!

Jay, the dogs, and I drove home through Death Valley, and camped two nights in a very cold tent, so it was good to get home. But I DO recommend the Death Valley National Park is time of year. It was beautiful.

Wow!  It’s been a little over 13 months since I last blogged.  So many things have happened since my last post.  In November 2013 we moved from Los Angeles to the Northern Philadelphia suburbs for better career opportunities for Victoria.  Before we got settled into our new home in Lansdale, PA we had a period where we were living at 4 addresses within a 10 week period.  That was quite a challenge especially with a 5 year, 3 year, and 10 month old.  Of course as soon as we settled on our new (to us) 3 bedroom home we found out we were very unexpectedly expecting baby #4!!  This was quite a surprise!!

Judah Justice Cerveny was born at home, as planned like his older brother and sisters, a little before 5pm on Wednesday October 15th, 2014.  He was a big guy, weighing 9lbs 3oz and was 20.75 inches long.

Victoria was a few days late with Gideon, Esther, & Tabitha, although her body had always threatened to kick them out earlier.  Again, with this pregnancy we thought Judah might come sooner than he did, but he kept us waiting.  Once Victoria reached 41 weeks, the midwife, Kathy Hindle of Midwifery Traditions, called to see what we could do to get this baby out.  Victoria was offered the opportunity to go in for a non-stress test and also try acupuncture to induce labor.  Victoria chose acupuncture which turned out to be quite miserable for her and didn’t have any affect on helping the baby come.

Two days later we went to Victoria’s regularly scheduled midwife appointment.  The midwife examined Victoria and told us never in her 37 years of practice has she seen someone 8cm dilated and not in labor!! We made a plan for the midwives to come and break Victoria’s water once the kids were in bed that evening knowing that once her water broke Judah would arrive pretty quickly.  Shortly after getting home, however, Victoria started labor.  We called the midwives and told them they would have to come over earlier than planned.  They told us to get the birth pool ready.

Upon inflating and filling the pool, the tiny leak which we thought was patched, started hissing.  I had to reinflate the pool every 15 minutes throughout labor to keep the pool walls from sagging.  I spent the whole afternoon imagining the pool bursting and 100+ gallons of water pouring all over our bedroom and down to the floor below causing thousands of dollars worth of damage.  This leak caused Judah’s labor and delivery to be the most stressful for me out of all our children.  The worst thing is once Victoria got in the pool her labor slowed down and after an hour or so she got out, and never got back in.  Once she got out of the pool her labor picked back up and Judah was born “on land” shortly after her water broke.

Once again, I am so proud of Victoria and how she gave birth completely drug free and naturally! We are very thankful to have had all of our children born at home, where Victoria has the freedom to labor and deliver in the places and positions in which she is most comfortable. Judah means “praise” and we praise God for the four precious blessings He’s given us in our children!

Here are some photos I grabbed with my Canon 5D3 and Sony a6000.

Esther looks on as Victoria gets IV antibiotics for GBS+

The midwife listens in on Judah’s heartbeat

Trying to relax in the birth pool

The pool is nice in between contractions!

Mama and baby take their first look at each other

The kids were eager to ensure it was really a brother!

The midwife gives a “tour” of the placenta

How much does he weigh?

Home birthing is a family affair

Esther is in love with her baby brother

Last Sunday after enjoying a day of rest and recovery from Friday’s wedding I headed to Franciscan Gardens to capture Brian & Jenny’s wedding day!!  I was so excited their wedding day was finally here!!  You may remember their engagement session I posted on my blog a couple months ago.  Brian & Jenny met with me over 2 years ago to talk wedding photography even though they didn’t have a venue or date yet.  When they were finally ready to book, after deciding on a date and venue, they made it clear that if I wasn’t available on their chosen date they would change their plans around me.  Thankfully none of that was required!

I love how intimate Brian & Jenny’s wedding day was with just a small selection of their closest family and friends.  There are so many awesome images from their wedding day!!  Take a look at some of my favorites below!

Jenny getting ready for the day.

After Brian & Jenny were ready we walked across the street to Mission San Juan Capistrano for the first look and some portraits. Brian was shocked with how perfect his bride looked.

After the first look we spent some time shooting portraits on Brian & Jenny.

I love this moment just after Jenny & Brian are announced as husband and wife.

Thanks to Danny Mendoza for capturing this wide angle of the reception area.

Brian and Jenny practice for many weeks to pull off this Tango for their first dance.

I am so thankful that Adam & Victoria hired me for their wedding 3 years ago so I could meet Brian & Jenny!

[…] to have some great friends who ask me to help them captured some great moments in life. The great, Rustin Michael, once again requested my assistance to capture Brian and Jenny’s day in San Clemente at the […]