Esther just turned 4 months this past weekend. It’s amazing how fast she is growing up. I shot some photos of her earlier today just like the ones I shot of Gideon at 4 months. Here are some of my favorites. 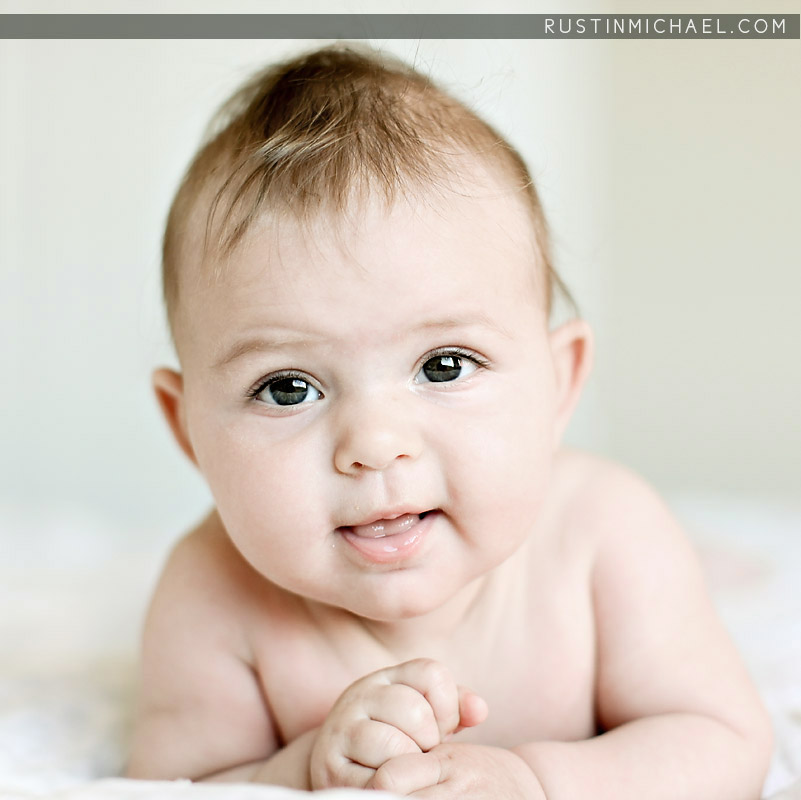 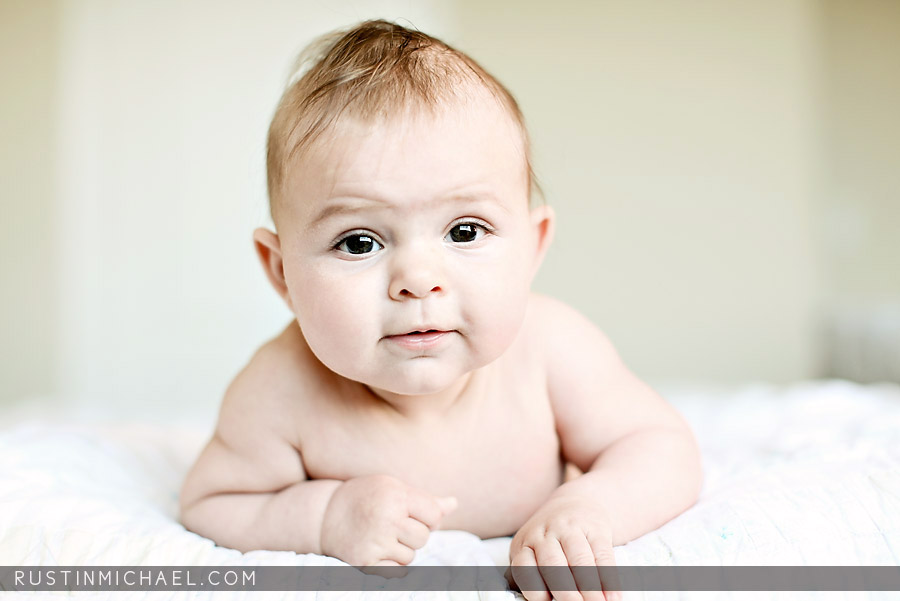 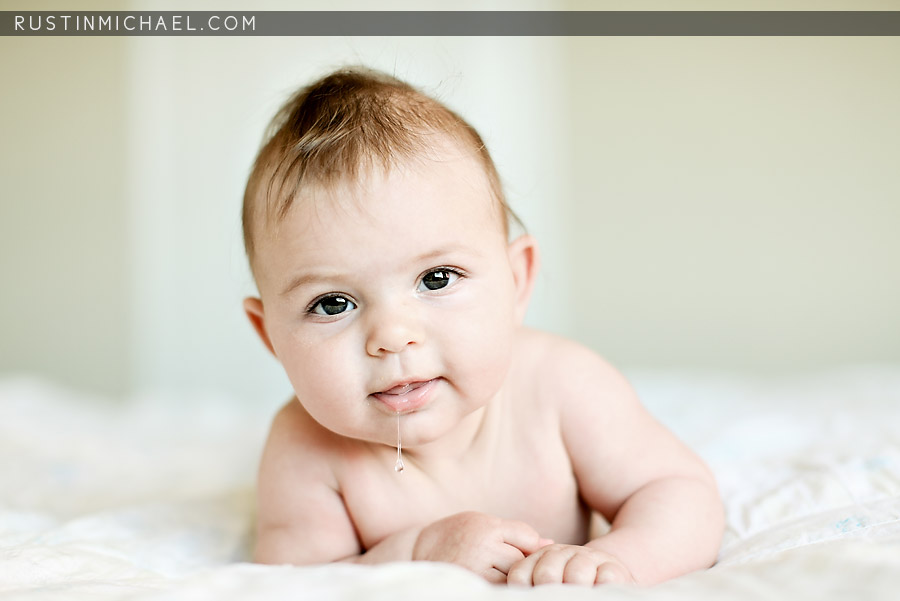 Oh my! She is so adorable!

If you are future bride and looking for my wedding work please scroll down or go here.

I just love the new poster for “Absentia” so much I needed to post it!

With the way we are picking up steam and getting great reviews, I think 2011 is going to be a great year for all of us involved in the film.  Make sure you check out our latest reviews on DreadCentral.com and HeyUGuys.co.uk.  Click on the poster to see a larger version in a new window.

My Experience as the Director of Photography for “Absentia”

It’s been 6 months since we wrapped principal photography on the psychological thriller “Absentia,” in which I made my Director of Photography debut. Below you can find some thoughts about the shooting experience, technical notes, goals for 2011, and what I learned. You will also find some stills from the film and the original teaser trailer along with the official feature film trailer. I hope you enjoy.

I have loved watching and making movies for as long as I can remember.  Before I ever dabbled in still photography I was making short films with my parent’s video camera. I would get a bunch of my friends together and we would decide on a plot and characters and shoot a short film. I would then try to edit the film using 2 VCRs and even try adding sound effects. It was always fun, and not a bad way to spend a summer day while on vacation from school. As my friends and I got older we met less and less to shoot our fun short films but I still had that love for storytelling.

In high school I discovered still photography. I loved going into the darkroom and seeing the magic of one of my images appearing right in front of me. I still wanted to work in film/video but was having a blast taking stills.  After graduating from Towson University with a B.S. in Computer Information Systems and working in the defense industry for a couple of years, my wife, Victoria, and I packed our bags and moved from Baltimore, MD to Los Angeles, CA in October 2007 so I could pursue my love for photography and film.  Just one year later, in 2008, Canon released the revolutionary 5D Mark II which would open up the door for storytellers.   I immediately placed my order to upgrade my 12.8 megapixel Canon EOS 5D to the EOS 5D2.

What made the Canon 5D2 revolutionary wasn’t the ability to shoot stills at 21.1 megapixels, which is nice for my wedding clients, but the addition of a new video feature able to capture video in comparison to what you see in the theaters.  In August of 2008 Nikon introduced the first DSLR that could shoot video, just 3 weeks later Canon announced the 5D2 with a video feature.  The Nikon D90 could shoot 720p HD video at 24fps, a film like frame rate but not true HD resolution.  Even though the Canon 5D2 could shoot in true HD at 1080p, the frame rate was limited to 30fps, which isn’t ideal for film-like work.  Even with the 30fps constraint the Canon 5D2 was preferred by many budding filmmakers for it’s large sensor, which allows a super shallow depth-of-field, and it’s incredible low light capabilities.  Finally in early 2010 Canon released a firmware update to add 24fps to the Canon 5D2.   Even with the ability to shoot incredible video DSLRs are still designed to mainly be used as a still camera.

Since the introduction of the 5D2 and other subsequent DSLRs that shoot HD video many cinematographers in Hollywood have included them in their toolkit.  Their small size and low cost allow them to be placed in locations that a typical camera wouldn’t fit or could possibly be damaged.  Here is just a short list of some of the projects that DSLRs are being used on:

“The best camera is the one you have with you”

The above quote by Chase Jarvis is so true whether photographing a wedding or shooting a feature film.  Mike Flanagan, the writer, director, and editor of “Absentia,”  first planned to shoot his latest feature film “Absentia” using his JVC GY-HD110U.  After doing a few tests in the planned shoot locations, which were in extremely low light, Mike called me and asked if we could test out my Canon 5D2 in the same locations.  I said “Sure!” not quite knowing what I was getting myself into but I was up for the challenge.  In April 2010 the test scenes shot with my camera quickly became the teaser trailer for “Absentia”.  This was before Mike had even written a script.  You can view the teaser trailer, which helped raise funds on KickStarter for the feature, below.

Even after the great reception we received from the teaser trailer there were still doubts, with the producers, on whether or not I was the right person for the job.  I never went to film school,  have never taken a filmmaking class, and have never worked on a feature film.  I was a still photographer; we were talking about making a film at 24 frames per second.  Also my background is in wedding photography, which is usually bright, romantic and fun; “Absentia” is a dark and scary psychological thriller.  With 15+ years experience in photography, however, I was confident in my ability to compose shots and frames properly.  Despite their concerns, the producers, at FallBack Plan Productions, picked me to make my debut as a Director of Photography on “Absentia”.  They also provided the requested funds to make the 5D2 more usable as filmmaking machine rather than a still camera.

Overall Experience During the Shoot

Even though you may not be able to tell by the picture above, I had a blast filming “Absentia.”   I’m think I was looking down the street as someone grabbed this candid of me during one of our biggest days of filming.  We started our 15 days of principal photography on June 21st with a week of full  nights.  We would start shooting by sunset and finish at sunrise.  Being a small independent our cast and crew, many people were doing multiple jobs on set.  Everyone pulled their weight and then some; I am so proud to be part of such an amazing team.  Most days I was the DP, camera operator, focus-puller, steadicam operator, gaffer, and grip all in one, which isn’t out of the ordinary for a small budget independent film.  The days were long — I was usually away from home for 17 hours or more.  The good thing is I loved what I was doing so the time flew by.  Overall it was an amazing experience and a great start to my cinematography career.  Keep reading below for more details about filming.

After doing a bunch of research on the Cinema 5D forums I made a list of tools that we would need for the film that would give us the best bang for the buck.  Here are just a few items I used on the shoot:

I had so many learning experiences while shooting the film, here are just a few:

My Plan To Be A Better Cinematographer

First off, I just want to say this is one of my big goals for 2011.  Right now I can walk into any venue when shooting a wedding and use the given environment to create stunning images.  This ability has come from years of experience shooting stills using film and digital cameras, studying other people’s work, and practicing the right methods to get great images.  I plan on using these same practices to grow as a cinematographer in 2011.

Currently I am working my way through some of the top books on cinematography and lighting for film.  This will help me learn terminology and basic cinematography rules so I can be more prepared and confident when I walk on a set.  Once I have a better understanding on types of shots, lighting, & camera movement, I’ll be able to better study some of my favorite films with amazing cinematography.  Since I have seen many of the Best Cinematography Oscar nominees and winners before, and own them on DVD or Blu-Ray, I’ll be watching them with a bunch of pausing and replaying of scenes to study the choices made by these master cinematographers.  I also plan to spend time reading some great  cinematography blogs and forums on the internet such as Shane Hurlbut’s Blog, and Roger Deakins Forum and watching the tutorials posted on the Vimeo Video School.  Since all of this studying means nothing unless I put it into practice, I’ll be busy practicing at home with my Canon 5D2 and gaining experience on shoots.

How I’m A Better Photographer Now

With photography you have the option of shooting horizontal or vertical images.   Since we finished filming in July, I have shot several weddings.  I noticed a huge jump in the percentage of horizontal frames I capture.  This a great help when it comes to album design, it also means I have gotten even better at composing shots.  I am sure I continue to think and work this way it will only make me a better cinematographer and I’m positive as I continue to study and practice my cinematography I’ll become a better photographer.

I can’t thank Mike Flanagan, and the guys over at FallBack Plan Productions enough for giving me this opportunity.  I am very proud at what was accomplished on this film and I think it will be a big stepping stone for all involved, especially with the great reviews we are getting.

Yes, I still have a ton to learn.  When I look back at the first wedding I photographed I am amazed by how far I have come.  I am confident it will be the same way when I take a look at “Absentia” down the road.

Please enjoy the official trailer for “Absentia” below.

[…] is an independent psychological thriller feature film that I had a chance to work on as the Director of Photography.   You can check out my previous posts about “Absentia” here on my […]

[…] time last year I was in the middle of filming “Absentia.” In the past several months since the film has finished post-production, we […]