Back on Sunday July 12th I attended the Tilt-n-Shift workshop in downtown LA hosted by my friends Doug Mcnamee and Henry Wang. Everyone met up at Union Station. Doug and Henry lined up the models, hair/make-up, and outfits. There were photographers of all levels there but best of all Doug and Henry showed off many tricks from their many years of experience in wedding photography.

Many times on a wedding day I may only get 10-15 minutes with a couple alone. Sometimes it is even less if other events during their wedding day run long. My favorite weddings have been ones where I get at least 20 to 30 minutes alone with the bride and groom. With time like that I am given the freedom to take chances and really push myself creatively and create something amazing for those couples. So it was nice to have several hours at the workshop to share with other photographers.

Although we had several hours, I didn’t shoot as much as I thought I would. I just had fun connecting with new friends and sharing some of the things I have learned from my experience. Here are some of my favorite images from the workshop. Hopefully Doug & Henry will invite me along sometime in the future to help teach at one of the workshops.

First some of Jules & Nick 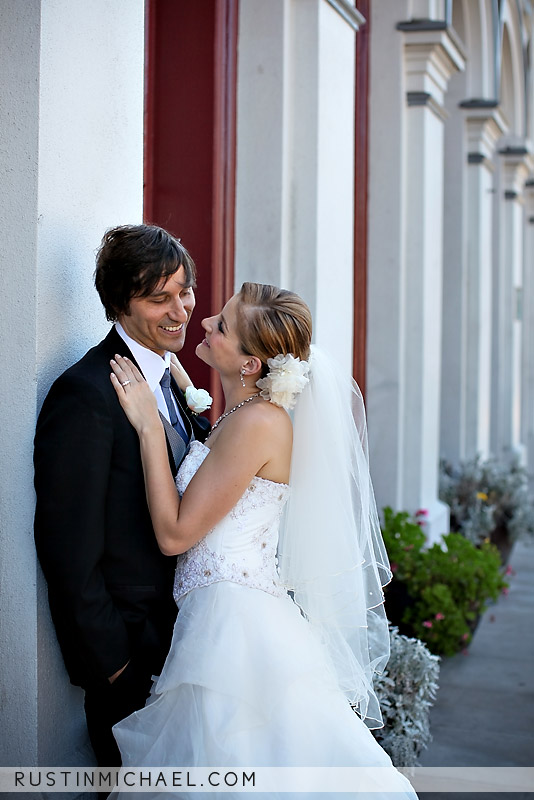 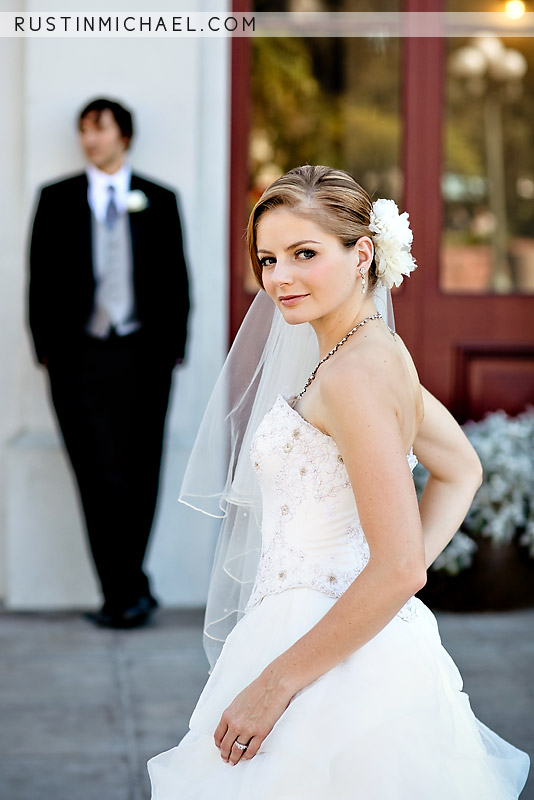 A couple of Sarah

a few more of Jules & Nick

Great stuff Rustin, always a pleasure to check out your blog and see your amazing pictures. Keep it goin man!

You have an amazing eye that captures the joy of life through your lens. We couldn’t be prouder of you Rustin!

Niiiiice! Great processing, too. The colors and textures are incredible. I need to take a lesson from you, sir. The models are going to DIG these. You rock!

Thanks for coming out to our workshop Rustin! You make magic happen with your shots!

Doug and Henry are great. Union Station’s Great. The shot’s are great.

Last Sunday I had a chance to capture Dan and Brandey’s small intimate wedding on the beach in Malibu in front of The Sunset Restaurant.  The day started off with Brandey getting ready in Santa Monica at the Sheraton Delfina.  Once the girls were ready we headed up to Malibu for the beach wedding.  Traffic was really bad on the PCH on the way up to Malibu.  It took over an hour to make the short drive up the coast.  Luckily Brandey and the girls were stuck in traffic behind me so I knew I didn’t need to worry about the traffic too much.  Here are some of my favorite shots from the day.

The girls watching a video trying to remember how the back of the dress should be tied.

You can see Grandpa in the background with his Flip Mino HD. He spent a good amount of the day trying to film everything possible.

Brandy made a beautiful bride.

Dan and Brandey wanted cupcakes instead of a cake. You can’t really make a better choice than Yummy Cupcakes. I was able to grab one of the Peanut Butter ones and it was awesome.

A nice little gift for each guest.

The reception at The Sunset Restaurant.

Your rocked yet another wedding. What a lucky couple to have you document their special day on the beach!

wonderful photos rustin! i love the last portrait one of them walking away down the beach…the colours are beautiful!

Last week I headed just down the coast to Manhattan Beach to meet up with Tom and Jessica for their engagement session. Tom and Jessica were so much fun to work with. They brought along some great props to play with which made the session even better. They even brought their dog, Jack, for a couple of shots. We had beautiful weather and light for their session which made shooting a breeze. Tom and Jessica are getting married earlier next year up in Northern California. Here are some of my favorites from their session.

I love these next shots on the bench.

We had some beautiful light as the sun went down.

Jessica and Tom wanted to end the session by getting a little wet. It is always fun to get the natural expressions when people are having fun.